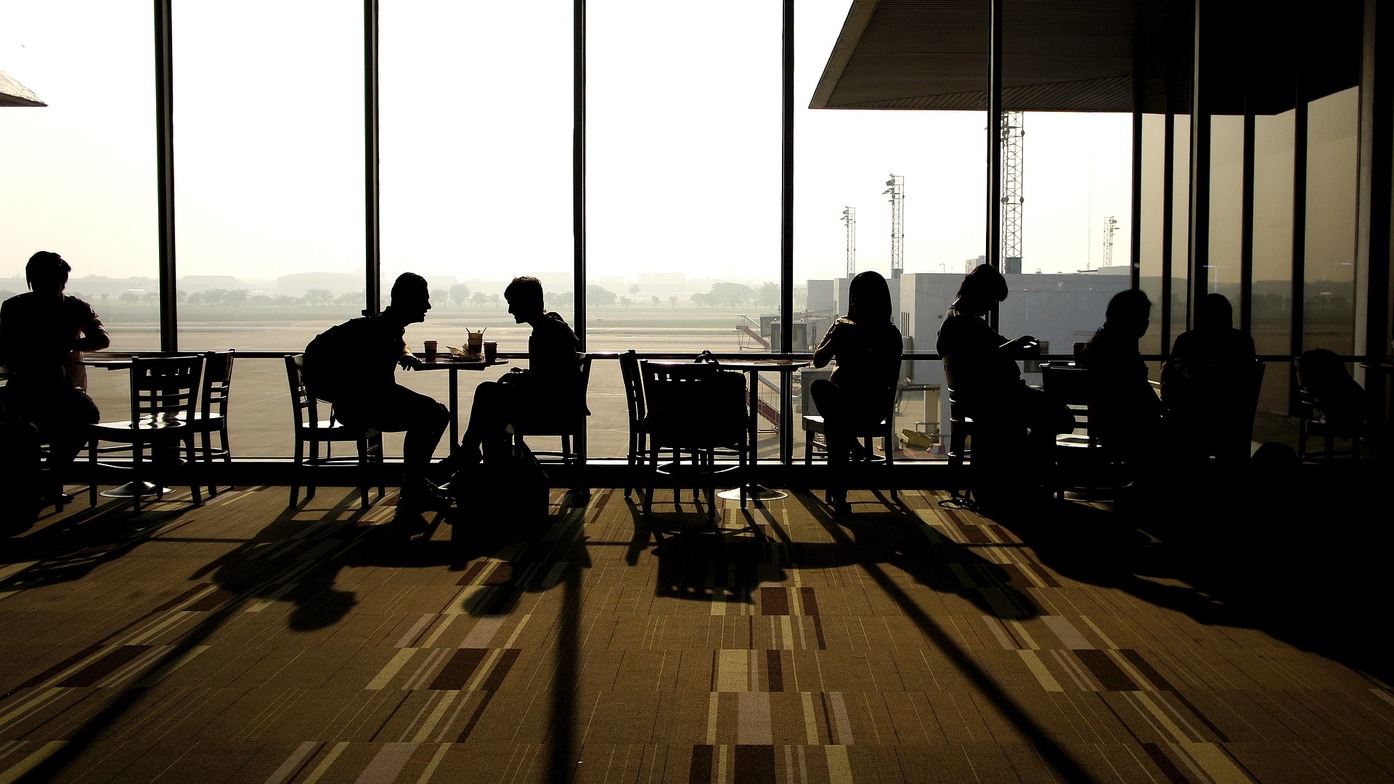 Then Jacob woke from his sleep and said, “Surely the LORD is in this place—and I did not know it!”
Genesis 28:16

I was on my way to Prince George and arrived at the airport early as required in this not quite post covid era. My plan was to grab a quick coffee and a muffin and get some much-needed work done as I was waiting for my flight. I was wearing a T-shirt from my Orange Shirt Day collection. I wear them throughout the year to show my support for the ongoing work of reconciliation. (1)

The restaurant wasn’t open yet, so we formed a queue. The people in front of me were travelling as a group. After a quick “Good Morning” I pulled out my phone and started reading emails, blissfully unaware of those around me. After five or so minutes I heard a voice behind me say “Do you want to share a table?”. What? Share a table? There was lots of room, and the line wasn’t that long. I half turned and said “no, thanks” thinking of all the work I needed to get done. I said as much to him and as I turned away from the young man, I realized how ridiculous that was so after churning it through for a minute I turned back around, apologized, and said, “I’d love to share a table with you, if you’d still have me.”

We started to chit-chat a little about what brought us to the airport so early that morning. He was travelling back from a camp job where he’d recently been promoted. He’d been stuck in Vancouver overnight and hit the casinos for a bit and was still feeling the effects. As we sat down at the table, I discovered that he was a man who needed to talk, a man who had a story he needed to share. And that I needed to hear another speak.

So, over the course of our breakfast and discussions of camp food and covid he told me about his life, his baby, his baby’s mama, stories from the rez, his aunt’s suicide attempt, how a baby was his aunt’s miracle, changing her life, and how his new baby was his miracle, changing him. This despite not seeing his wee one since she was newly born. It seems the baby’s mom flips out each time he comes home, not allowing him to see her, or let her meet his family. Still, in spite of all of this, he spoke of how his baby is helping him to tone down his high risk behaviors and to live into his new role, and his now hope filled life. It seemed like we would talk forever, then it was time for him to go. As he stood up from the table his parting comment was, “thanks for not being a dick – it was a great conversation.” Unbeknownst to me he quietly paid both our bills on the way out.

And because of him and that life giving conversation, my morning, my day was changed. Generosity upon generosity, grace upon grace. We had just had breakfast with Jesus, and it was a wonderful start to the day. I am sure you too know of those unexpected opportunities that come our way – often just because we change a "no" to a "yes" – and then, God opens up moments that change the way.

This article was previously published in the September edition of the Canada Lutheran magazine.