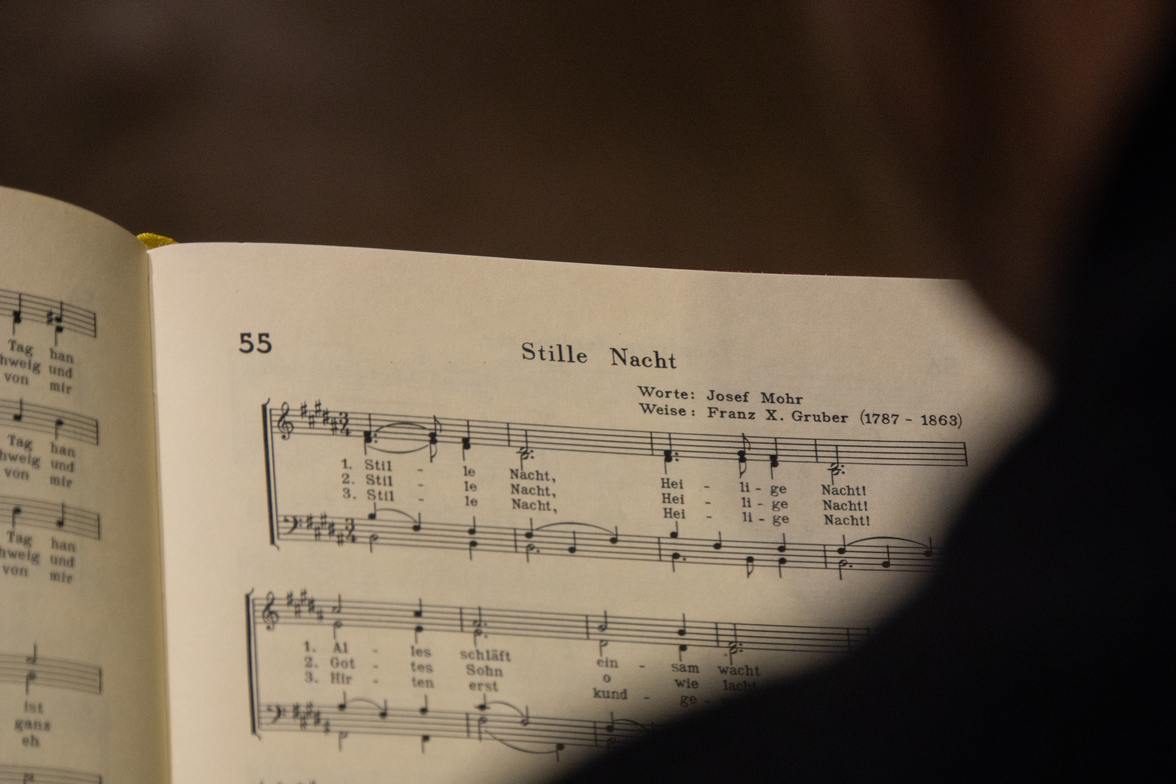 “Silent Night” was first performed at the Church of St. Nicholas in Oberndorf, Austria, in 1818. The young priest there had written the lyrics as a poem two years earlier, and as Christmas Eve approached, the story goes, the church’s pipe organ fell into disrepair. Desperate to avoid a Christmas Eve Mass without music, the young priest hurriedly asked the choir director to write a tune for the poem, and the two performed the simple song as a duet in the Mass (some say a capella, some say accompanied by a guitar) — to the congregation’s delight. The song was an immediate sensation, and today resounds in some 300 languages around the world.  In 2011, it was added to UNESCO's World Heritage List in recognition of its role in fostering cultural diversity.

If you come to our Advent 4 Service this Sunday, you will hear Silent Night sung in Ukrainian as well as English.