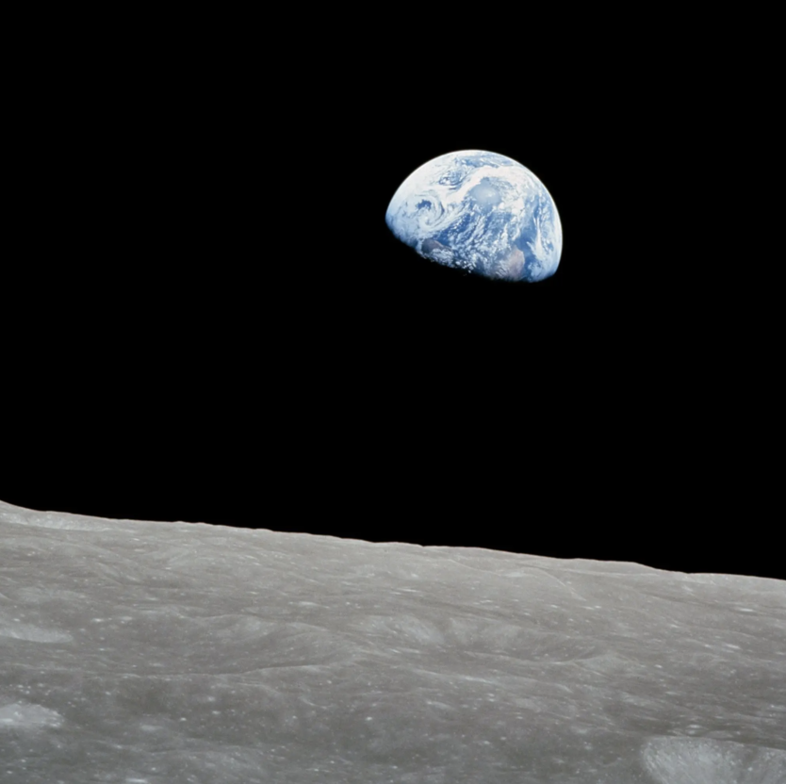 December 24 is  the anniversary of the famous “Earthrise” photograph, taken by the astronauts on the Apollo 8 mission in 1968, the first to reach and orbit the moon.

As they circled the moon, they had the largest television audience in history — and they decided to read from the Book of Genesis, taking turns as they read the first ten verses: “In the beginning God created the heavens and the earth. And the earth was without form, and void; and darkness was upon the face of the deep. And the Spirit of God moved upon the face of the waters. And God said, Let there be light: and there was light. And God saw the light, that it was good: and God divided the light from the darkness...”

As the spacecraft orbited around to the dark side of the moon and out of radio contact, they ended the broadcast this way: “We close with good night, good luck, a Merry Christmas, and God bless you all — all of you on the good Earth.”