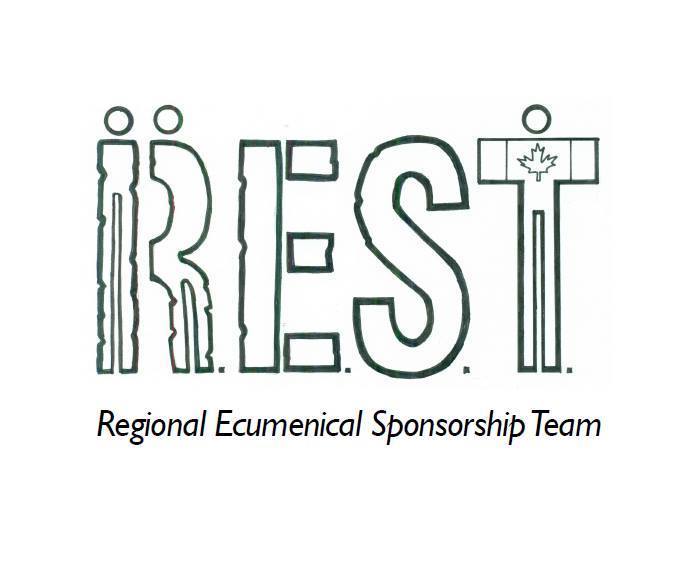 REST Update 2018
Another busy year!
Malis and his children and Asmaa and Ahmad’s family (co-sponsored by
REST) arrived in April. Malis’ family has been settled in Surrey by Mambo Masinda, Malis’
brother. Asmaa is now working part time at North Shore Neighborhood House and hoping to
continue to work in child care. Ahmad worked in construction for several months, with the
support of his brother, Said, but he has some disc issues with his neck and needs to find
another line of work. This is difficult as he has very little English.
Saber and his parents arrived in November. Joanne Graham sponsored the parents on her own,
through another church and she has been working hard to help them settle and sort out their
health concerns. Things are going well, but very busy!
Bukhari continues to do well, but needs some ongoing support, which has been provided by
Cynthia Bunbury, a lovely man named Omar, and other volunteers. He has had eye surgery
which, unfortunately, has not restored any sight. The doctors continue to consider options for
him, but chances are slim for him to regain any sight.
Bukhari is really hoping that we can find a sponsor for his brother, Mousa (Arabic for Moses).
Mousa is a 20 year old, healthy young man who is now in Kenya, hoping to be able to join his
brother. If Mousa could come to Canada, he would be an enormous help to Bukhari and
alleviate his great loneliness (unless someone knows of a nice wife for him!) We are searching
for a parish that might be able to sponsor him. The cost would be around 20,000$ for 1 year of
settlement and we would need a small group that could provide support in Vancouver, as
Bukhari must live close to VCC, where he can continue his education.
In Process:
Neema (Mambo’s adopted daughter) has completed her final health check and is now waiting
for her travel visa. We expect that to be issued some time in the near future. Mambo is eagerly
waiting her arrival.
Mousa (from Syria):
Mousa has been called for his interview on January 30. He will travel to Beirut from the camp
where he lives on the bus. The trip will take 4 hours each way. He is very excited and eager to
come to Canada. When he arrives, he will live with the Muirs until he has received treatment
for his Sickle Cell Anemia and he can get strong enough to be able to work. Once he is strong
and can speak some English, he and Nour (Said and Honada’s daughter) plan to marry. Nour
would like this to be as soon as possible, but she has to wait! Stay tuned for wedding plans 
Honada and I will be his ‘Canadian Moms’.
Nasrullah:
Dave and Wilna Parry, at St. Clement’s were compelled by the plight of this young man who lost
most members of his family in their flight to flee Afghanistan. Nasrullah’s sister lives here and
will help to settle the family. Most of the funding required was graciously provided through
Christ Church Cathedral, with sponsorship funds they had raised, which were not used during
their sponsorships. A win-win for everyone! We hope that his application is processed quickly
as this young man has been traumatized by his terrible experiences and the loss of his family
members.
Our diocese continues to get requests for sponsorship every day. There are many, many
compelling stories like the people we have helped.
A big thank you to all of the parishes and all of the individuals who have helped these people in
so many ways. You have made positive ripples in the world and who knows how far they will
spread?
Shannon Muir
REST Coordinator
Chair, Diocesan Refugee